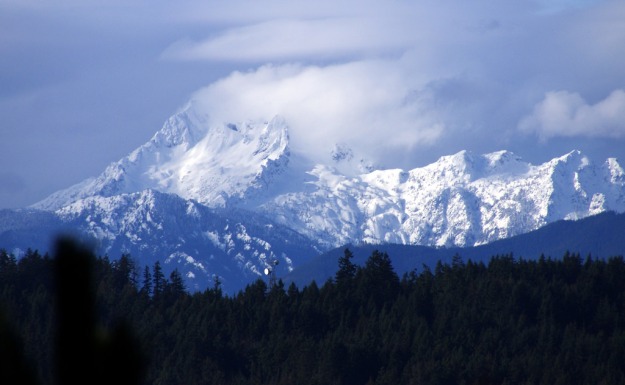 <To the leader. Of David, the servant of the LORD.>
1 Transgression speaks to the wicked deep in their hearts; there is no fear of God before their eyes.
2 For they flatter themselves in their own eyes that their iniquity cannot be found out and hated.
3 The words of their mouths are mischief and deceit; they have ceased to act wisely and do good.
4 They plot mischief while on their beds; they are set on a way that is not good; they do not reject evil.
5 Your steadfast love, O LORD, extends to the heavens, your faithfulness to the clouds.
6 Your righteousness is like the mighty mountains, your judgments are like the great deep; you save humans and animals alike, O LORD.
7 How precious is your steadfast love, O God! All people may take refuge in the shadow of your wings.
8 They feast on the abundance of your house, and you give them drink from the river of your delights.
9 For with you is the fountain of life; in your light we see light.
10 O continue your steadfast love to those who know you, and your salvation to the upright of heart!
11 Do not let the foot of the arrogant tread on me, or the hand of the wicked drive me away.
12 There the evildoers lie prostrate; they are thrust down, unable to rise.

Martin Luther, borrowing from St. Augustine, could talk about sin as a state of incurvatus in se (being turned/curved inward on oneself) in contrast to the will of God which curves the individual outward towards both God and neighbor. I borrow this phrase because I find it helpful in the psalms thinking about the contrast between the wicked and the righteous. The righteous one in the psalms is the one who trusts and depends on the LORD for their protection and provision through life. The righteous life is directly connected to the presence and life of God and is open to seeing the way that the LORD’s steadfast love, faithfulness, righteousness and judgements are exhibited even in the fabric of creation itself. The wicked in contrast have no fear of God before their eyes and are blind to the presence and power of God in their world and so their words and actions become curved inward on their own interests and glorification.

Psalm 36, like Psalm 1, devotes its beginning to discussing the wicked as a contrast to the type of life the faithful one is to live. However, now the character of the wicked will be contrasted with the character not of the righteous, but instead with the character of the LORD the God of Israel. The wicked are those who have transgression or rebellion speaking to them from deep inside their hearts. They are those whose inward curved lives provide an environment where sin thrives. There is no external source for their morality, there is no fear of God, for their lives are self-directed and self-governed. They believe that their words and actions are either unable to be criticized by others or are above others. They live a life oriented around their own self-interest rather than the way in which the law attempts to orient peoples’ lives around the neighbor’s interest. Their orientation on their own words, actions and interest blind them from seeing the character of God that the psalmist discusses as they turn to God’s steadfast love.

The character of God is poetically anchored in the elements of the earth through the psalm’s beautiful language. God’s steadfast love extends to the heavens and God’s faithfulness to the clouds linking these elements of God’s character into the skies above the earth while the righteousness of God and the judgments of God are linked to the highest and lowest expanses of the earth, the mountains and the deep. As in Psalm 33:5 the heavens and the earth are full of the steadfast love of God and the creation points to God’s majesty. The psalmist’s poetically opened eyes see the character and nature of God written all throughout the creation while the wicked remain only able to flatter themselves in their own eyes.

The poet behind Psalm 36 rejoices in their connection and their reliance upon God. The steadfast love of God is a precious thing to them, the shadow of God’s wings become yet another place of refuge within the psalms. God is the great provider who provides a feast in the house of the LORD and drink from the river of delight. God is, for the psalmist, the source of life itself and the light by which all things can be seen. As C. S. Lewis’s famous proverb states, “I believe in Christianity as I believe that the Sun has risen, not only because I see it but because by it I see everything else.” (Nancy deClaisse-Walford, 2014, p. 346f.) For the poet who celebrates God’s steadfast love, faithfulness, righteousness and justice the LORD becomes the very means of understanding the world and everything in it.

Even in the beauty of the psalm’s beholding of God’s character written into the structure of the cosmos there is still an allure to the blindness of the wicked. Particularly in modern times where the myth of the self-made and self-directing individual who generates their own standards of life has become the assumed orientation we would be wise to consider that this glorifies the state of incurvatus in se that Augustine and Luther warned about and the psalmist’s way of the wicked. The allure of the self-directed life means turning away from the character of God that is written on the cosmos itself. There will continue to be times where the prosperity of those who have become their own moral compass blind even the faithful to the presence of God’s steadfast love, righteousness, justice, and faithfulness. We, like the poet, continue to pray for our eyes to see God’s steadfast love on those who seek God and God’s salvation on the uprightness. We continue to seek the refuge of God’s wings when the ways of the wicked threaten us and drive us away. Perhaps there will come a day when the wicked will lie prostrate, as in prayer, so that they can heal and they too can see the character of God written on the creation itself. Yet, the lure of sin continues to turn people inward on themselves seeking their own interests and away from the steadfast love of God which permeates the entire world.