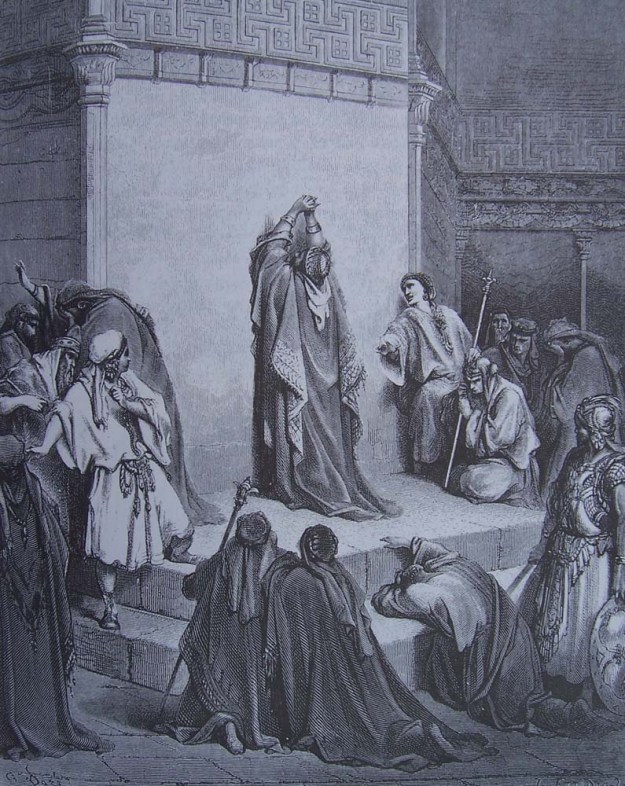 <To the leader: for the flutes. A Psalm of David.>
Give ear to my words, O LORD;give heed to my sighing.
2 Listen to the sound of my cry, my King and my God, for to you I pray.
3 O LORD, in the morning you hear my voice; in the morning I plead my case to you, and watch.
4 For you are not a God who delights in wickedness; evil will not sojourn with you.
5 The boastful will not stand before your eyes; you hate all evildoers.
6 You destroy those who speak lies;the LORD abhors the bloodthirsty and deceitful.
7 But I, through the abundance of your steadfast love, will enter your house,
I will bow down toward your holy temple in awe of you.
8 Lead me, O LORD, in your righteousness because of my enemies;
make your way straight before me.
9 For there is no truth in their mouths; their hearts are destruction;
their throats are open graves; they flatter with their tongues.
10 Make them bear their guilt, O God;let them fall by their own counsels;
because of their many transgressions cast them out, for they have rebelled against you.
11 But let all who take refuge in you rejoice;let them ever sing for joy.
Spread your protection over them,so that those who love your name may exult in you.
12 For you bless the righteous, O LORD;you cover them with favor as with a shield.

The God of the Psalmist, and the God presented throughout the bible, is a God who takes sides and values certain things and does not like others. This is not the impassive, unmoved mover of the philosophy of the 1700s-1900s who set the world in motion and then allowed it to move through time like a machine. The passionate cries of the Psalmist assume a God who not only hears but actively responds to the complaints and needs of the poet. Again and again God is named, implored to hear, listen, heed and ultimately to act. One of the courageous acts of the Psalmist and those who pray the Psalms is calling on God to be the God they expect God to be. They remind God of the contrast between the situation they perceive and the things they understand God to value.

In Psalm 5 the contrast is stated in terms of wickedness, lies, bloodshed, deceit and evil. The Psalmist is one who seeks righteousness, and as in Psalm 1 trusts, “for the LORD watches over the way of the righteous, but the way of the wicked will perish” (Psalm 1.6) and so the poet reminds the LORD again that “you are not a God who delights in wickedness.” Yet the complaint of the Psalmist arises out of the situation where the wicked, the evil, the boastful, liars, bloodthirsty and deceitful are the ones who the Psalmist perceives as their troublemakers. The Psalmist calls on God to act and to do something about this. Perhaps there are those by flattery who are obtaining power or who are accusing the writer of the psalm and the Psalmist asks for the guilt to fall upon them. As in Psalms three and four the Psalmist calls out for protection and for the LORD’s deliverance from the situation that the Psalmist finds themselves caught up within.

There is also the reality that the Psalmist, while attempting to be faithful, relies upon God’s steadfast love. The word translated steadfast love is hesed which also can be translated as grace. This is one of the many places in the Psalms where Martin Luther and others could find evidence of the gracious God who met the hearer in the midst of their own unworthiness. As in the reformation where the response to God’s grace was to love, serve, worship, and obey the LORD, so in the Psalm the steadfast love of the LORD is cause for awe and worship. The LORD is the Psalmist’s refuge and the refuge of all who seek the LORD. In language that would be familiar to many the LORD is refuge and shield, protection in the midst of their trouble and a safe place where the faithful may sing for joy and rejoice. 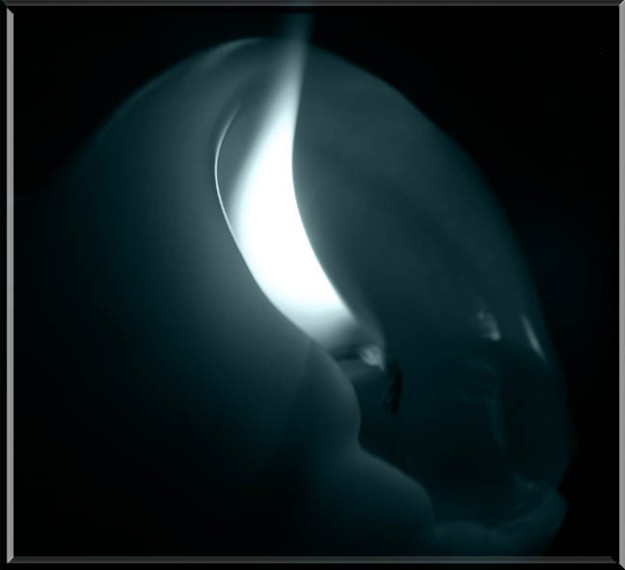 We see it everyday and seldom give it a second thought
For the courage we are trained to see rests in the extraordinary
Acts of heroism that loudly demand us to stand up and take notice
But far more common and often more daring is the quiet courage
The daily decision to enter into the little battles to make it past our fears
A refusal to let the past failures place a limit on the futures potential
The silent struggles against illness, weakness, depression and fatigue
Courageously embracing the pain we carry with us without losing hope
Hope that someday the unseen struggle will light a better way
For us or for those who will follow in the footsteps and pathways
We leave behind us in the sedimentary soil of others’ pasts
And perhaps the sun that will light the skies of tomorrow
Will not be the short burning explosion of one time heroics
But the billions of small flames of quiet courage that are lit that day
Neil White, 2014