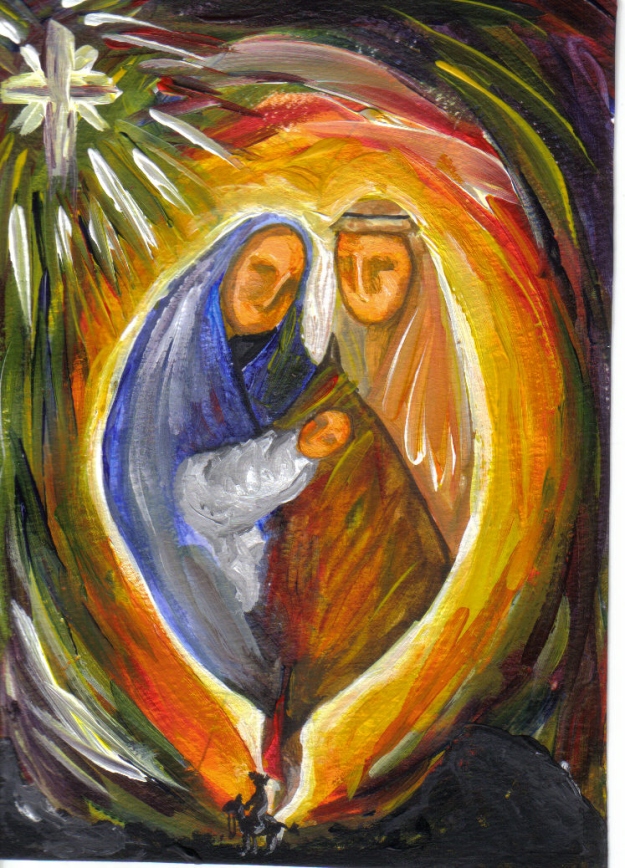 As we hear the story again, that ancient story we know so well
Of the days when heaven and earth touched and angels sang their praises
When shepherds heard and a virgin gave birth in the midst of the stable
There in the magic of the night where simple shepherds knew what kings did not
And somehow God came down to dwell among us in the weakness of a newborn
When the deafness of humanity somehow missed the Word of God
Except for those few gathered together to witness the chorus of new creation
And as we echo the strains in our own key two millennia displaced from that day
May the mystery and majesty of the heavenly chorus blend in harmony
With the songs of the faithful gathered from all corners of the world
To fill the silent night with songs, to join with all creation in singing a new song
And in the cacophony of noise perhaps we too might hear the stirring of angels
Proclaiming the message of peace on earth and goodwill towards humanity
Singing of the love of God that comes down to be among us on this silent night
To share God’s song and to join in ours this day 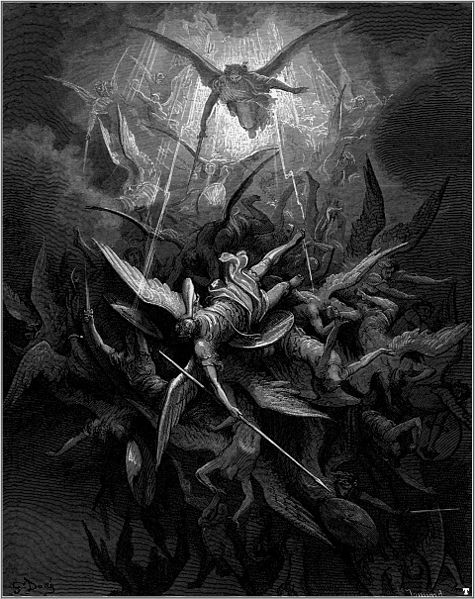 In ancient days the world was populated with angels and demons
When the world was smaller and the universe more mysterious
The veil between the ethereal and the corporeal was thin
As curses and blessings invoked the spiritual movements
That controlled the fate of feast and famine, friend and foe
And the seasons played out the conflict between good and evil.

In the modern world of demystification we sealed the veil
Exorcising both demons and angels to their own realms
Expanding the world, shrinking the universe, segregating the spiritual
As we removed the mystery and magic from the world
Clinging to the illusion of security and the myth of progress
As we became gods knowing the difference between good and evil
Resided in our own hearts and interpretation.

We became the angels and demons that populated the world
Our actions at times gracious and at others truly monstrous
Yet when men become angels they all too often become killer angels
Seeking some devil to subdue or oppress
Some demonized people to cast out of our heavens
And perhaps in the arrogance of becoming our own gods
We neglected the demonic reality of our own possession.

Since I have begun my new position at Rejoice Lutheran Church in Frisco, Texas and they are using the Revised Common Lectionary I am going to begin posting public domain Christian art I find for the upcoming week (some of which I will use, others I will not) and maybe someone else might find this helpful in their process of thinking about the texts.

Statue of Archangel Michael by August Vogel over the portal of St. Michael’s in Hamburg, Neustadt 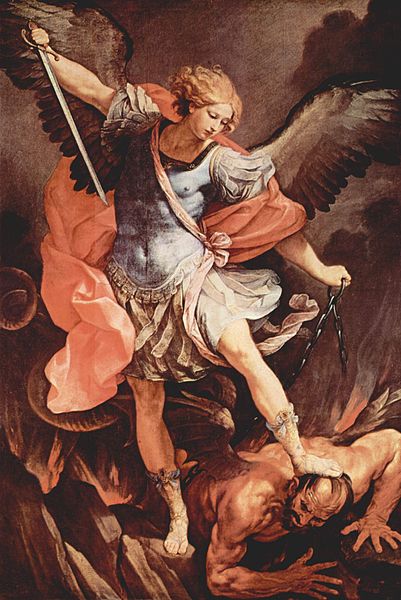 Michael the Archangel. A 13th Century Byzantine icon from the Monastery of St. Catherine, Sinai 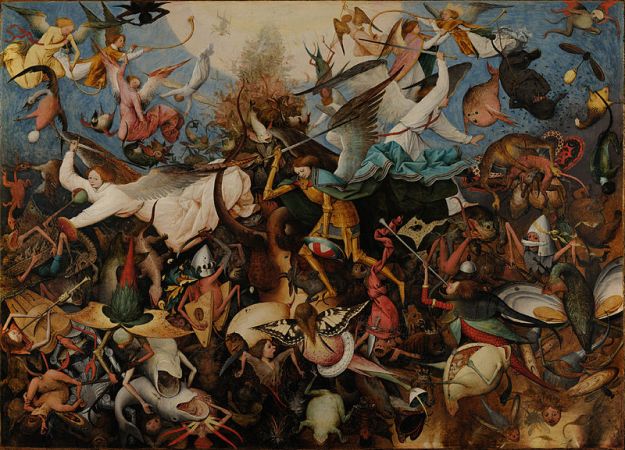