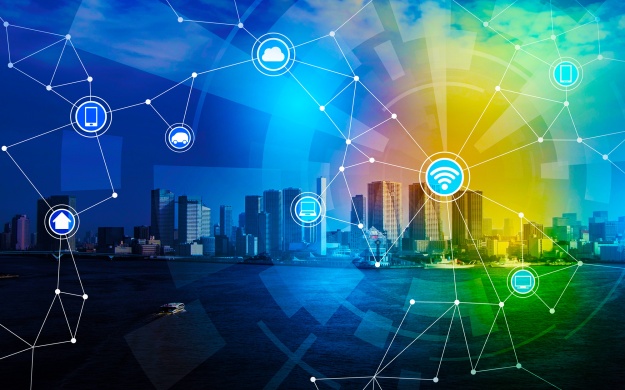 Session 3: The Internet the Backbone of the Digital Age

This is the third part of a now eight-part series on faith in a digital age. It expanded due to the richness of the discussion on the internet and the amount of material I couldn’t cover in this first week. The outline of the series is:

Week one: Advertising in a Digital Age
Week two: Email, Multi-tasking and the blurring of the work/home divide
Week three: The Internet the Backbone of the Digital Age
Week four: The Impact of the Internet and Engaging it faithfully
Week five: Cell phones and a continually connected life
Week six: Social media and the projecting and mining of the digital self
Week seven: Dating and relationships in a digital age
Week eight: The dangers of a digital age

This is a series of classes I’ve been teaching with my congregation that I’ve been attempting to capture digitally so that they could be used by other communities or small groups or for members who are unable to be present in class.

The internet is the backbone, the infrastructure that makes the digital age possible. My children have never known a world without the interconnections that the internet makes possible, but I still think the internet is a mystery to a lot of people. The internet is simply a set of interconnected servers and computers that enable data to be exchanged both over hardwired connections and wirelessly. For a simplistic illustration think of phones: when I was growing up, I had a large number of phone numbers memorized and there were large phonebooks that gave me both the business and personal numbers I needed. If I wanted to talk to somebody, I would enter the phone a seven-digit number for a local call (eleven for a long-distance call 1+an area code+ the seven-digit phone number) and I would be connected to the proper phone in the proper house. Now with my cell phone I remember many fewer numbers, they are stored in my contacts. I can go to the contacts and select, for example, work and the phone translates that into the number 972-569-8185, or I can say to my phone “call work” and it will dial this same number. With the internet it works in a similar manner, if I type into my browser http://www.rejoicefrisco.com it automatically goes to a registry and translates this into a long numerical address which tells the computer the location on a server that I want to see. It goes to a space on the server and translates the data that has been stored there into a visual page. The way the internet is designed allows for multiple pages and places to be linked together and displayed on in a user-friendly way but the internet itself is just the backbone, it is just the structure that everything else we use it for is built upon.

Even though we say the internet is ‘just’ the infrastructure this infrastructure has changed so much of how we live and engage our world. One of the big stories the week before I presented this was the multi-billion dollar divorce of Jeff Bezos, the founder and CEO of Amazon, a company that wouldn’t have existed without the internet and the capabilities it provided. Amazon is significantly larger than its next largest competitor, Walmart. Many of the traditional retailers have been heavily impacted by this change. Sears is celebrating 125 years of business this year but also is in the process of being liquidated because the world has changed around it and it isn’t hard to think of the number of stores that no longer exist. It has changed the way we think about the need for a physical place to do business, to bank, and many other things.

We use the internet for a wider range of things from communications, to shopping, to getting news and information, to watch sports or entertainment programming, and many more things. We use it to monitor information and it also watches us (this is where many of the cookies on your computer come from). It is what most of the aps on our cellphones access to be useful and it connects us not only through our computers but through all our devices. As we enter a time where people have smart houses and smart cars, they are also continually transmitting information to servers which monitor these things. As we discussed in advertising, we can give up our information without thinking about it and often for a benefit (a lower insurance rate for example if they can monitor our driving behavior) but it is worth thinking about what that information is worth both to you and the person gathering it.

Most people realize that just because something is on the internet that doesn’t mean it is true. Yet, there are many things that people accept that may not be true for various reasons (confirmation bias and misplaced trust are just two examples) . The internet has no editor, no one to go back and verify the factuality of a page or article. Now an individual site may have its own controls: if you go to a news site, they have an editor or something like National Geographic would, but many sites do not. It is a great place to get information out quickly and easily and that is a great freedom. The internet makes this site possible but there is no editor other than me. There is no ‘peer review’ that we would see in the academic world where an article would be placed out with a claim and then be reviewed by others in the field to see if the claim can be verified: this is how everything from science to theology and biblical studies worked for years. The internet doesn’t do this.

There have been some creative ways to get around the lack of an editorial or peer review structure and a good case to think about this is Wikipedia. In the early 1990s Microsoft decided they were going to reinvent the encyclopedia with Encarta, a resource that they put their significant resources behind at the same time a small startup called Wikipedia entered the landscape. Encarta went with the traditional, but cumbersome peer review method to create its encyclopedia the way organizations like Encyclopedia Britannica had done in the past but Wikipedia allowed the community to create and comment on articles creating an agile and quick way of updating information. Microsoft eventually gave up on Encarta and Wikipedia has proven, through allowing others to critique articles, to be as accurate as the older peer review methods had delivered in the past.

Trust is a central issue in the evaluation of a source. If you are reading this as a blog or watching the video of this presentation and you don’t know me personally then you have to evaluate, “do I trust Neil as a presenter or not?” “Is the information he is giving me accurate or not?”

The internet has also proved a challenge for a lot of traditional businesses and industries. If you are still functioning as a business or an organization, you have probably adjusted how you work due to the internet. Many customer service related jobs have disappeared and have been replaced by technology or been relocated into central warehouses for an organization or in larger online companies like Amazon or Zappos. There has been a way people think of the need for a physical place. Even in the world of religion it has changed the way people think of the need for a physical space. One of my realization as I’ve been experimenting more with placing more video and discussions on the internet is that many people have watched many of these videos before ever considering coming to my congregation.  Even if people never do come my hope is that I am making a positive impact for them, but could you imagine a virtual church? I know some people who are trying to do this, to replicate a church experience for people who for various reasons may not want or be able to come to a traditional experience of worship.

The church has always been a community that was connected even when its leaders couldn’t be present. The apostle Paul is the first we see this type of attempt to maintain a presence in his communities even when he couldn’t be there physically. The letters to the church in Rome, Corinth, Philippi, Thessalonica and more were attempts to influence and impact a community when he was physically somewhere else. We have always used the technology of the day to attempt to transmit the faith across distance. In my own tradition, the Lutheran tradition, Martin Luther benefited from the invention of the printing press approximately fifty years before the reformation began as a way of transmitting his thoughts, protests, sermons and teaching material from Wittenberg across much of Europe. Several large churches have developed satellite congregations connected by video with the central pastor/preacher who is the charismatic leader of the community. Even among traditional churches, like the one I am a part of, there is an increasing realization that for many of our smaller communities we may need to think creatively how they can continue to worship and be connected with the larger church with limited resources.

I’m indebted to Deanna Thompson’s honest reflections in The Virtual Body of Christ in a Suffering World which reflects on her own experiences with technology while she was dealing with treatment for cancer. Technology enabled her to remain connected with people when her physical body was unable to have sustained conversations and it allowed her to not be defined by the look of pity that she would see from people when they would visit her. CaringBridge, a website for giving medical updates on someone undergoing treatment, allowed her to pass on information about her treatment to a wide range of people and to receive messages from an unexpected number of people who were praying and sending thoughts. Through technology she was able to communicate in ways that reflected her normal intelligence and wit because she could communicate on her own terms. As she writes:

What I wrote and published online still sounded like the me I was familiar with, the me that was not wholly overcome by the stigma and diminishment caused by advanced stage cancer. (Thompson, 2016, p. 63)

When we are sick, we may lose our self-image as a person who can contribute, who has a voice.  The internet can provide means of communicating that may be harder face to face.

There is a lot more I want to discuss in relation to the internet and some things I plan to discuss next session include:

How does the ease of information availability change the way we store information in our memory?

Many facts we need background information to even understand the answers.

We will also think about how we can do ancient things like prayer, connection, teaching and maybe even worship in a connected age.

Finally, we will think about the online identities we construct and how they connect to our physical identities.

How do you use the internet to communicate and connect with other people?

What are some changes you’ve noticed happening because of technology?

What are your thoughts about a virtual faith community? What would be some benefits and some challenges to your understanding of what it means to be faithful?

Why would people seek out a virtual church community rather than a traditional community of faith?

Have you ever used technology to communicate when you were physically unable to be present with someone? How was the connection you felt over the distance?

6 thoughts on “The Internet the Backbone of the Digital Age”