The Irrational Pieces of Our Identity: A Reflection on the Departure of the San Diego Chargers 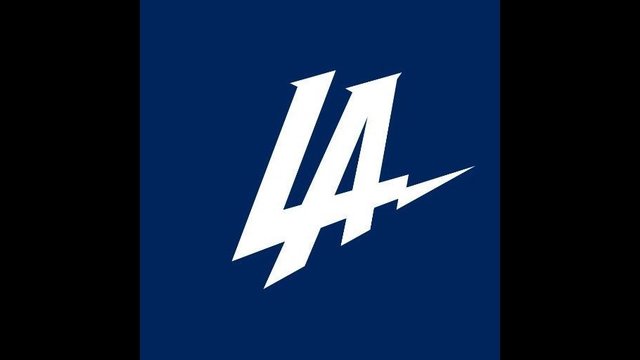 Today I’m heartbroken. It isn’t for any particularly rational reason. Others today are worrying that they may lose their health coverage as congress continues its movement to repeal the ACA (Affordable Care Act known as Obamacare to its foes). Some are worried about the approval hearings for many of the Trump cabinet picks who if approved may prove threatening to their civil rights. Both of those are rational fears that some of my friends have today. Yet, today my heartbreak comes from that irrational part of my identity that comes from that almost tribal affiliation that a person has with a sports team. For those who enjoy sports it can be an uplifting and heartbreaking drama as you root for a team, a place, individual players and ultimately you give something of yourself to them. My affiliation has been irrational from the beginning. Even though I have never lived in San Diego, have only been in their stadium once and have only visited the city a couple of times I have been a San Diego Chargers fan for decades. How did a person who grew up in Texas and who has never lived on the West Coast end up rooting for a California team? I’ve told the story to many people, and I believe it is true, that I really think that sometime in my preteen or teenage years I decided I liked the uniform. Growing up in Texas in the 80s, and now living in Frisco, Texas where the Dallas Cowboys have their training facility I should, by all rights, be a Dallas Cowboys fan but somehow through living in Louisiana, Iowa, Wisconsin, Arkansas, Oklahoma, Nebraska and once again in Texas that loyalty has stuck. I have rooted for individual players like LaDainian Tomlison or Philip Rivers. I have wanted to like their coaches even though by the end of both Norv Turner and Mike McCoy’s tenures I was beginning to lose patience. I rooted for them to get the new stadium that someday I dreamed of being able to finally afford a trip to San Diego and tickets to a game to enjoy. Even though I have multiple jerseys, many shirts and hats and have paid to have coverage of their games here I know that I am not the type of fan that finances NFL teams anymore. Yet, even still, some part of my irrational identity was and to some level still is invested in them.

The decision to move the San Diego Chargers away from the city of San Diego after 56 years must have been a difficult one and I can at some detached level understand the frustration the team’s ownership has felt for the last several years attempting to find a way to build a stadium that is comparable to the other stadiums that are either built or being built across the NFL, not to mention the large stadiums built for college teams. I do believe that part of the appeal for me with the Chargers was San Diego and not only the beautiful location of the city and the tourist orientation of the city but also the similarities between it and my city I grew up in, San Antonio. Both are military cities, San Antonio is an Air Force/Army city while San Diego is Navy/Marine Corps, both have tourism as primary industries and both were large enough to support a professional team and yet still small enough to feel smaller than the Los Angeles, New York, Chicago, and even the Dallas/Fort Worth Metroplex where I currently live. I like rooting for the smaller market team, it felt a little like rooting for the underdog. I suppose having lived on the opposite side of Louisiana from New Orleans I could’ve picked up rooting for the Saints in the early 90s, or living in southern Wisconsin in 2002-03 I could’ve picked up rooting for the Packers. I know what it is like to be on the receiving end of a new team arriving since I lived in Oklahoma City when the Thunder arrived and they became one of the teams I rooted for and at times I would feel torn as they played the Spurs which I grew up rooting for.

What comes next for this unsettled irrational piece of my identity? At this point I don’t know. Perhaps as this year unfolds it will become clearer. Will I become the fan of the LA Chargers that I have been of the San Diego Chargers or will I migrate to some other team and some other group of players? I enjoy the game and the strategy of football and the level of play that is a part of the professional game so I doubt I’ll stop watching all together. But there is a sense of loss today. I can only imagine what those who live in San Diego and who regularly attended the games, even over the last couple dismal seasons, must feel.

Dan Fouts, the hall of fame San Diego quarterback said today that “the San Diego Chargers are dead” and today that is what it feels like. I was fortunate to have them going through one of their great stretches in a challenging time in my personal life and my career and I have a lot of memories of coming home and looking forward to that three to four hours where I could plug into their game with thousands of other fans and root for them in a time where they dominated the AFC West. Even the past two years with all the injuries and inconsistencies I have doggedly seen the potential in this team which seemed to fight hard each game, even when they seemed to find uncanny ways to lose in the end. I’m not going to go out and throw away my Chargers gear, at least not at this point but I am frustrated. I know that at the end of the year I intentionally did not buy any new jerseys or hats or gear knowing that this might happen. Like many in the San Diego Chargers tribe there is a sense of being heartbroken, betrayal and grief. Ultimately life will go on, but as with all grief it changes things.