Understanding the Constitution of the United States: Article 1 Section 9-10 Limiting the Powers of Congress and the Individual States 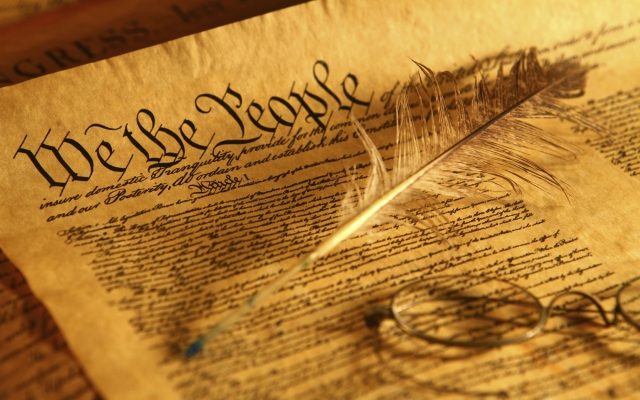 Image of the U.S. Constitution from http://wvconstitutionaladvocates.com/u-s-constitution/

These final two sections limit both the powers of the congress in passing laws as well as the powers of individual states as they construct their state constitution and legal systems.

The first clause of section 9 is now obsolete but it prevented the congress from interfering with the slave trade until 1808 but did allow for the taxation of the slave trade. The constitution is not a perfect document nor were the founders perfect. This is one of the places where we see the necessity of being able to amend the constitution.

The writ of habeas corpus prevents unlawful detention or imprisonment except in cases of rebellion or invasion.  President George W. Bush’s administration attempted to argue that this provision allowed for the detainees at Guantanamo Bay outside the jurisdiction of habeas corpus but the Supreme Court overturned this action in the case of Boumediene vs. Bush.

The congress cannot pass a bill of attainder where a person or group can be declared guilty of some crime and punished without a trial.

The congress cannot establish a uniform tax on individuals based only on their count within the census, taxes can be based upon income and other factors but there is no tax merely for being within the United States.

No tax can be passed on commerce between states.

No preference shall be given to imports entering in one state’s ports over another’s and vessels traveling from one state to another must not be made to pay duties or tariffs to another.

No money may be withdrawn from the treasury except through the sequence of appropriations and laws and an accounting of the receipts and expenditures of the U.S. government must be published.

No title or nobility shall be granted by the United States and no person in office shall accept any gift, salary, office or title from a foreign government without the consent of congress.

– enter into treaties, alliances or confederations

-print their own coin

-grant any titles of nobility

-keep troops or ships of war

– Enter into agreements or compacts with other states or foreign powers or engage in war.

1 Response to Understanding the Constitution of the United States: Article 1 Section 9-10 Limiting the Powers of Congress and the Individual States