Jeremiah 41 The Murder of Gedaliah and a Shattered Hope 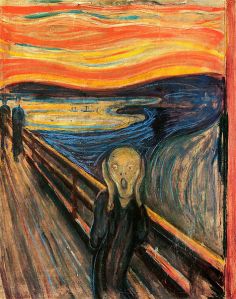 In the seventh month, Ishmael son of Nethaniah son of Elishama, of the royal family, one of the chief officers of the king, came with ten men to Gedaliah son of Ahikam, at Mizpah. As they ate bread together there at Mizpah, 2 Ishmael son of Nethaniah and the ten men with him got up and struck down Gedaliah son of Ahikam son of Shaphan with the sword and killed him, because the king of Babylon had appointed him governor in the land. 3 Ishmael also killed all the Judeans who were with Gedaliah at Mizpah, and the Chaldean soldiers who happened to be there.

4 On the day after the murder of Gedaliah, before anyone knew of it, 5 eighty men arrived from Shechem and Shiloh and Samaria, with their beards shaved and their clothes torn, and their bodies gashed, bringing grain offerings and incense to present at the temple of the LORD. 6 And Ishmael son of Nethaniah came out from Mizpah to meet them, weeping as he came. As he met them, he said to them, “Come to Gedaliah son of Ahikam.” 7 When they reached the middle of the city, Ishmael son of Nethaniah and the men with him slaughtered them, and threw them into a cistern. 8 But there were ten men among them who said to Ishmael, “Do not kill us, for we have stores of wheat, barley, oil, and honey hidden in the fields.” So he refrained, and did not kill them along with their companions.

9 Now the cistern into which Ishmael had thrown all the bodies of the men whom he had struck down was the large cistern that King Asa had made for defense against King Baasha of Israel; Ishmael son of Nethaniah filled that cistern with those whom he had killed. 10 Then Ishmael took captive all the rest of the people who were in Mizpah, the king’s daughters and all the people who were left at Mizpah, whom Nebuzaradan, the captain of the guard, had committed to Gedaliah son of Ahikam. Ishmael son of Nethaniah took them captive and set out to cross over to the Ammonites.

In Chapter 40 there was a hope for the remnant in Judah in the appointment of Gedaliah and the return of refugees from the surrounding regions that were joining with those left by Nebuzaradan, the Babylonian captain of the guard, as beginning to pick up the pieces of their destroyed homeland. Yet for a small group that returned, the war is not over and the appointment of Gedeliah as governor to act on behalf of Babylon is further insult to their loss. At the end of Chapter 40 we overheard Johanan son of Kareah inform Gedaliah of the plot by both the king of Ammon and Ishmael so of Nethaniah and at the beginning of chapter 41 we are introduced to Ishmael. Ishmael is of the royal family and an officer of the king, perhaps one of the very officers who continued to lobby for resistance against the Chaldeans as the city languished with no food under the siege, yet unlike the rest of the Davidic line he somehow avoided being taken into captivity and now he returns and is welcomed by Gedaliah. Perhaps Ishmael wants to reign himself, perhaps it is merely the association with Babylon, perhaps he is merely bloodthirsty and loves the destruction of war, whatever his reasons he kills Gedaliah. His act is monstrous, he and his ten men while enjoying the hospitality of Gedaliah kill him. Gedaliah’s other allies are not present and perhaps Gedaliah is intentionally trying to make peace with Ishmael.

Ishmael murders the king, the other Judeans with Gedaliah as well as the Chaldean soldiers who are there, then he manages to keep things quiet for a day. The following day eighty pilgrims come to mourn the fallen temple and they, under deceit, are led to their death. It is significant that these pilgrims are coming from Israel and perhaps in this one scene we see not only the desired coming to Jerusalem by these representatives from Israel but also the failure of the royal family to be open to reunification except in terms of conquest. Seventy of the eighty pilgrims are slaughtered and their bodies discarded into a large cistern, ten escape only by promising their stores of grain, oil and honey. Ishmael and his men are portrayed as bloodthirsty killers and they hold the people of the area in terror by their violence. Once Johanan and his forces arrive the people quickly turn to him and Ishmael flees to Ammon.

The remnant, now under Johanan is terrified that Babylon will respond to the death of their appointed governor. Even though they are innocent of the murder they fear the armies of the Chaldeans will not be very discerning when they return a third time to put down an insurrection so they retreat. Their intended destination is Egypt, a place in the opposite direction from Babylon and a place that may offer them the protection they seek. In rational terms it is a sensible plan because they have no way to oppose Babylon, yet it ends up not being the will of God as well will see in the coming chapter.

There are different opinions on whether Gedeliah only remains in power three months (city is destroyed in the fourth month and he is assassinated in the seventh month) or whether, since no year marker is given, he reigns longer. There is a final deportation to Babylon in 582 BCE, which may have been in reaction to these events (five years later). But it is impossible to tell, especially since it took time to mobilize forces in the ancient world. Gedaliah had been long forgotten in Jewish and Christian memories and he returned to the Jewish collective consciousness following the assassination of Prime Minister Yitzchak Rabin in November 1995. (Lau, 2013, p. 199) The fast of Gedaliah (held on September 28 in 2014) has been promoted by some groups as a day for dialogue, yet for many Gedaliah is a mixed figure. There will always be those who are unhappy with compromises and any type of movement for reconciliation within the political constraints of the day, yet the message of Jeremiah over and over again to the people of Judah was precisely the uncomfortable message of surrender to Babylon and settling in within their empire. At a time where Jeremiah’s message seemed proved correct there were still those who were committed to preventing this type of accommodation while they had any power, and thus the narrative of Jeremiah continues its dark path further away from the promised land.