2 God also spoke to Moses and said to him: “I am the LORD. 3 I appeared to Abraham, Isaac, and Jacob as God Almighty, but by my name ‘The LORD’ I did not make myself known to them. 4 I also established my covenant with them, to give them the land of Canaan, the land in which they resided as aliens. 5 I have also heard the groaning of the Israelites whom the Egyptians are holding as slaves, and I have remembered my covenant. 6 Say therefore to the Israelites, ‘I am the LORD, and I will free you from the burdens of the Egyptians and deliver you from slavery to them. I will redeem you with an outstretched arm and with mighty acts of judgment. 7 I will take you as my people, and I will be your God. You shall know that I am the LORD your God, who has freed you from the burdens of the Egyptians. 8 I will bring you into the land that I swore to give to Abraham, Isaac, and Jacob; I will give it to you for a possession. I am the LORD.'” 9 Moses told this to the Israelites; but they would not listen to Moses, because of their broken spirit and their cruel slavery.

The same message may be heard very differently in different circumstances. When Moses and Aaron relay a very similar message at the end of chapter four the people receive in hope, they bow down and they worship. After the abuse received in chapter five the supervisors have called for the LORD to judge between Moses and them. Oppression changes our ability to hope and believe that a change can happen. One of the dynamics of abuse is that the abused person often feels they have no choice because all their energy is expended on survival. Slavery continues to breed hopelessness among the people and as daily survival becomes harder imagining a change becomes both more essential and increasingly difficult. It will not be words or promises that will move the people of Israel or Pharaoh away from the oppressor/oppressed dynamic.

The upcoming plagues upon the land of Egypt will be harsh and there will be much to wrestle with in these sections as they come up, but here we are at the end of what words can do. Ultimately words, without some type of recognized power and authority behind them, short of their power to convince do not sometimes break through the hardened worldviews of opposing parties. Moses may not be a person who is confident in his speaking ability but we have seen previously he is a man who acts when he sees oppression. Yet, here, where his previous words seem only to have increased the suffering and oppression of the people he again appeals to his poor speaking ability. He is unable to engender with these words of the LORD hope within the people of Israel or fear within the person of Pharaoh.

We as people who hear these words in relative comfort can also hear something new in this moment of revelation, something perhaps Moses and the people could not hear in their oppression engendered deafness. The name of the LORD, revealed to Moses on the mountain in chapter three, we now learn has not been previously revealed. Others have known the LORD and called the LORD by other names (typically describing an attribute of God: God almighty, God who sees, etc.) but now Moses hears again the unique name of the LORD. Again, there are the promises of the land of Canaan, the promise to deliver, the covenant promise that the LORD will be their God and they will be the people of the LORD, these things will unfold as we journey through the Exodus narrative, and yet all these promises are unable to heard at this time. Ultimately it will be in retrospect that the people will be able to look back and in light of the commandments remember “I am the LORD your God, who brought you out of the land of Egypt, out of the house of slavery.” (Exodus 20:2)

We are moving from the time where the time of actions in the future will become the present of the narrative. If this were our story we would move directly into the confrontation between Moses and Aaron and Pharaoh, between the LORD the God of Israel and the gods of Egypt. Yet, there is one more pause before we move into this conflict. The LORD has revealed something of Godself in both name, heritage and promise and we have seen something of who Moses is in his actions. But for the people of Israel there is something else we need to know before we can move forward. 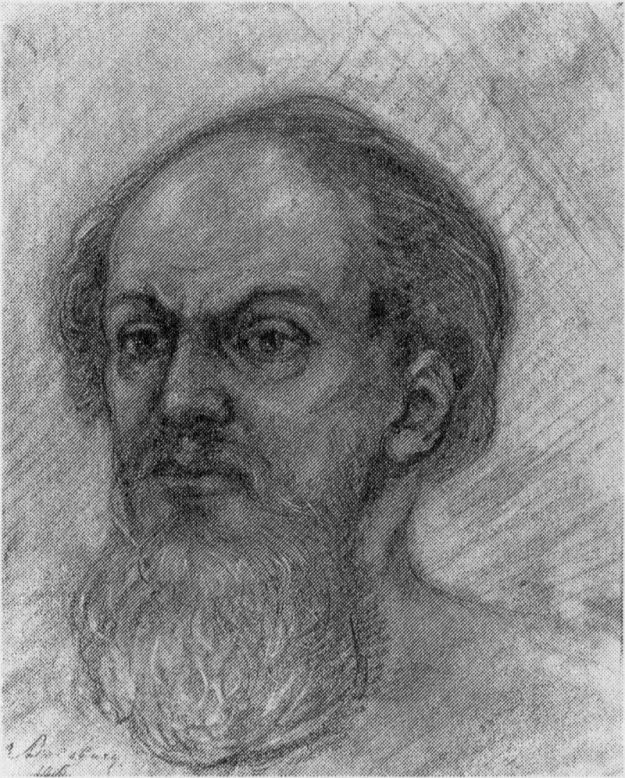 14 The following are the heads of their ancestral houses: the sons of Reuben, the firstborn of Israel: Hanoch, Pallu, Hezron, and Carmi; these are the families of Reuben. 15 The sons of Simeon: Jemuel, Jamin, Ohad, Jachin, Zohar, and Shaul, the son of a Canaanite woman; these are the families of Simeon. 16 The following are the names of the sons of Levi according to their genealogies: Gershon, Kohath, and Merari, and the length of Levi’s life was one hundred thirty-seven years. 17 The sons of Gershon: Libni and Shimei, by their families. 18 The sons of Kohath: Amram, Izhar, Hebron, and Uzziel, and the length of Kohath’s life was one hundred thirty-three years. 19 The sons of Merari: Mahli and Mushi. These are the families of the Levites according to their genealogies. 20 Amram married Jochebed his father’s sister and she bore him Aaron and Moses, and the length of Amram’s life was one hundred thirty-seven years. 21 The sons of Izhar: Korah, Nepheg, and Zichri. 22 The sons of Uzziel: Mishael, Elzaphan, and Sithri. 23 Aaron married Elisheba, daughter of Amminadab and sister of Nahshon, and she bore him Nadab, Abihu, Eleazar, and Ithamar. 24 The sons of Korah: Assir, Elkanah, and Abiasaph; these are the families of the Korahites. 25 Aaron’s son Eleazar married one of the daughters of Putiel, and she bore him Phinehas. These are the heads of the ancestral houses of the Levites by their families.

28 On the day when the LORD spoke to Moses in the land of Egypt, 29 he said to him, “I am the LORD; tell Pharaoh king of Egypt all that I am speaking to you.” 30 But Moses said in the LORD’s presence, “Since I am a poor speaker, why would Pharaoh listen to me?”

This is not how we tell a story because we see the world differently than people in the ancient world. We live in a world where we construct our identities, we are who we are because of our choices and actions is the narrative we try to live our lives within. Yet, in the ancient world you inherited your identity: you are who you are because of your parents, grandparents, etc. This is why the Bible and most ancient texts take extended sections for genealogies. Often an ancient person’s telling of who they are would be a narrative of not only their name but their name within a list of the ancestors. You still see this in the Middle East where names, Osama bin Laden for a famous example, revolve around this pattern (Osama son of (bin) Laden). Here what is interesting to me about this genealogy is its incompleteness. It begins with a telling of the ancestry of the tribe (Reuben, Simeon and Levi) but before it can get to the remaining tribes it holds up within the tribe of Levi focusing both on the upcoming divisions of labor among the descendants of Levi as well as the priestly heritage of both Aaron and Moses. Here for the first time the parents of Moses and Aaron are named: Amram and Jochebed and presumably Aaron is the older son based upon how they are listed. There is a long series of exceptions where the LORD chooses the younger rather than the older son (Jacob and Joseph for example in Genesis) and here is one more of those incidents.

Another unusual piece of this genealogy is that Amram and Jochebed are related more closely than would be allowed in Leviticus (see Leviticus 18:12) and yet here they are a man and his aunt who are lifted up as the ancestors of Moses and Aaron: the great leader of Israel and its first high priest. Again, this is one of those places where a close reading of a genealogy often renders a few surprises in the family tree.

I have done enough work with Family Systems theory and have spent enough time observing families as a part of my ministry within a congregation to know that we are never truly the crafters of our own story. We inherit a lot of our identity, knowingly and unknowingly, from our parent and their parents. Many of our opportunities are opened by the position and standing of those who came before us. In our world, we may simply attempt to judge Moses and Aaron based upon their position and actions but perhaps there is some wisdom in these ancient stories that pause and remind us who are the ancestors of the people in our stories and where are the roots of their family trees. Now that we know where Moses and Aaron came from we are ready to follow them into the rest of the story.