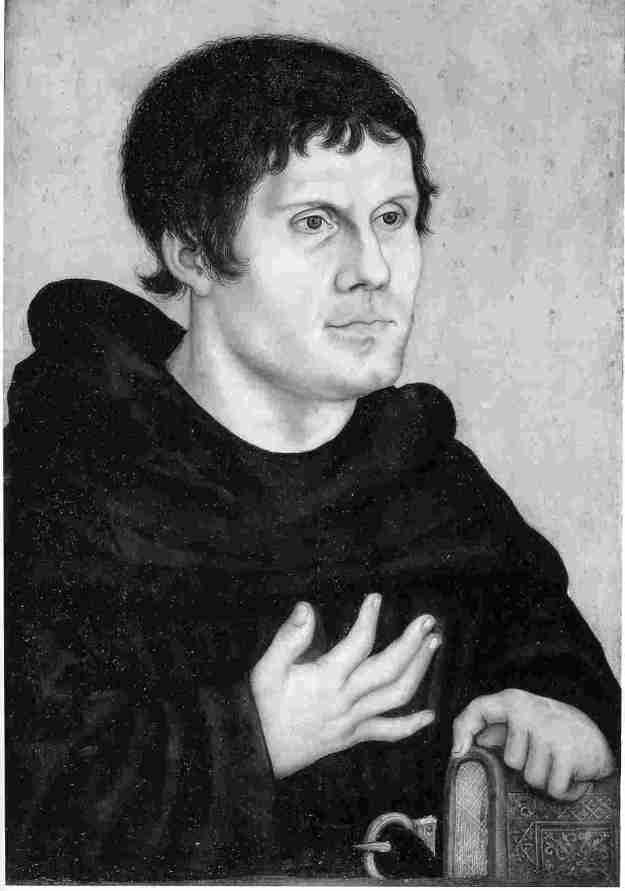 I am a Lutheran pastor but not a Lutheran scholar and the breadth of Luther’s works makes them a staggering task to approach. As a part of my study of various books of the scriptures I have also made it my practice, recently, to attempt to go through Luther’s works interpreting scriptures which may not be as concise as many of his theological works but give me as a reader some exposure to the evolution of Luther’s thought and theology in conversation with the Word that he cherished. I also think it is useful as we approach each volume to honestly look at what Luther’s interpretation over 500 years ago in his earliest works might have to still contribute in our time (and some books will be better handled by Luther’s theology than others).

Luther’s Works, Volume 9- Lectures on Deuteronomy (1523-1525)-This volume was written five years after the 95 theses and Luther’s theology and his Christocentric and preference for a plain text reading of scripture are beginning to emerge. Luther in this work is still heavily dependent on the allegorical methods of interpretation he learned in his earlier work, but we see a hermeneutic beginning to evolve. Luther, due to the subject matter, also speaks a lot about his view of the law and its purpose in the life of the believer. Those familiar with Luther’s theology would see his first and second uses of the law reflected in the theological approach to adopting Deuteronomy. One of the other unfortunate things one sees in this volume is a heavily anti-Jewish tone which Luther becomes famous for in some of his late writings. Those who want to confine Luther’s anti-Semitic comments to those later works will be disappointed in the way they occur frequently in his exegetical work. Luther for all his gifts is a man of his time.

Luther’s Works, Volume 10- First Lecture on the Psalm, Psalms 1-75 (1513-1515)- This is a pre-reformation Luther and so his methodology is still heavily dependent on the allegorical methods taught in the renaissance university. Luther is beginning to exercise the linguistic and explore some new hermeneutic roads but his theology has not developed yet. It is amazing how far Luther will come within a few short years after these lectures. There is not a lot in these lectures that are going to be enlightening to a modern reading of the Psalms or that will shed much light on Luther’s later theology. This is probably best used as a reference to understand where Luther’s theology begins before it fully develops.

Luther’s Works, Volume 11- First Lectures on the Psalms II, Psalms 76-126 (1513-1515)-Like the previous volume, this is a pre-reformation Luther and these lectures on the psalms will be strange to any modern reader unfamiliar with the allegorical and typological readings of the renaissance and earlier. There is not a lot of Luther’s developed theology in these works. The Psalms are mainly read from a Christological perspective and many of the readings are deeply critical of the Jewish people and faith. As with volume 10 there is not much that will be enlightening to a modern reader of the Psalms and should really be viewed as a historical document to understand the early theological perspective of Luther and how is evolves.

Luther’s Works, Volume 12- Selections from the Psalms, contains Luther’s Commentaries on Psalms 2, 8, 19, 23, 45, 51 (1524-1536 depending on the Psalm) These are later approaches to the Psalms by Luther and they reflect his more developed theology. These are primarily Theological/Christological approaches to the Psalms. Luther still relies heavily on an allegorical approach to reading scripture which places each of the Psalms as either spoken through Christ or talking about Christ. Other times the Psalms become launching points for Luther to expound upon the Reformation theology. Some of these expositions can become very lengthy and he can discuss a single Psalm for a hundred pages, but there are some good insights into Luther’s Christological approach to scripture and his more developed theology in this volume.

Luther’s Works, Volume 13-Selections from the Psalms, contains Luther’s Commentaries on Psalms 68, 82, 90, 101, 110, 111, 112 (1521-1535 depending on the Psalm) These continue to show Luther’s theology and way of reading scripture developing as well as illustrating some of the conflicts he was engaged in. You also see Luther the preacher in the expositions on the psalms using very earthy imagery and simple illustrations and proverbs. Luther’s reads the psalms through a very Christocentric lens, and many of the psalms he interprets as either applying directly to Christ or the Lord’s Supper. Luther continues to be verbose in his exposition, covering seven psalms in four hundred pages, and some of these expositions were multiple sermons or teachings. Even as Luther’s theological interpretation of scripture develops it would still be strange to most modern interpreters.

Luther’s Works, Volume 15- Ecclesiastes, Song of Songs, The Last Words of David 2 Samuel 23: 1-7 These are three separate works joined together in one volume and so I will treat each one separately.

Ecclesiastes (Initial lectures 1526, published in 1532)- Luther enjoyed Ecclesiastes and we see him begin to utilize a more plain text reading. There are still times where he falls back into allegory, but there are also times where he has a very lucid reading of the text that would be echoed in some modern commentators. Luther prefers to call this the Politics or the Economics of Solomon and within the later chapters one can see some of Luther’s own political theology (with its respect for temporal authority) being given voice as he wrestles with Ecclesiastes. Luther grasps the way in which our yearning for future things is in his words ‘a part of the depraved affection and desires of men’(8) and reflective of the ‘inconstancy of the human heart’ (10).

Song of Songs (Delivered 1530-31, published in 1539)- Luther, like most classical interpreters of the Song of Songs, reads this work allegorically as an illustration of the relationship between God and the people of God, or specifically for Luther between Christ and the church. Many of Luther’s concepts (law/gospel, two kingdoms, etc.) play into the interpretation and explication of the allegory. It is interesting to see the sexual language of Song of Songs explained away into something ‘purer’ and although Luther does a good job of drawing out an allegorical reading his overall interpretation in not as insightful as many of his other works.

Last Words of David (1543)-This is a polemical work and it bears the same ugly language of On the Jews and their Lies which appeared in the same year. This is the dark side of Luther’s Christocentric way of approaching scripture. If you want to learn about Luther’s later views on the Jewish people and Muslims this is one of the places where his anti-Jewish views are clearly exhibited. Luther spends a lot of time revisiting the Christological debates of the early church and attempting to argue in a way that would be unlikely to convince anyone who wasn’t already a Christian. Perhaps he was trying to erase any perception that he could have been an ally to the Jewish people from some of his earlier writings, but this is really an ugly piece.

Luther’s Works, Volume 21-The Sermon on the Mount and the Magnificat

The Sermon on the Mount composes the majority of this volume and reflects some of the developed theological themes of the Lutheran reformation. Particularly the division of the two kingdoms (the kingdom of God and the secular kingdom) and the division of law and gospel are apparent in Luther’s exegesis of the Sermon on the Mount. The Magnificat is a much shorter work, on a smaller piece of scripture, written for Prince John Fredrick and perhaps most remarkably in this work is Luther’s favorable, for the 1500s, treatment of the Jewish people at the very end of the work.

Treatise on Good Works (1520) This is a part of the Annotated Luther Study Editions published by Augsburg Fortress in preparation for the 500th Anniversary of the Reformation. A good translation of Luther’s 1520 treatise in a good visual presentation. Luther uses the ten commandments as the basis for this treatise to talk about the place of good works in relation to faith. It reads like a series of sermons or some of his other teachings. There are some good theological insights but it is a 1520 document and reflects the thoughts and language of that time.

The Annotated Luther, Volume 4: Pastoral Writings This is a part of the Annotated Luther Study Editions published by Augsburg Fortress in preparation for the 500th Anniversary of the Reformation. The volume is visually attractive to read and well put together. Several of the works are excellent examples of Luther’s creative and pastoral thought including: Selected Hymns, the Small Catechism, and Whether One May Flee From a Deadly Plague. Some of the works like the Little Prayer Book could’ve been left out, but they do show a development of Luther’s thought and style. Overall a good collection of Luther’s writings directed towards his pastoral theology and actions.

2 thoughts on “An Ongoing Reference to Luther’s Works”