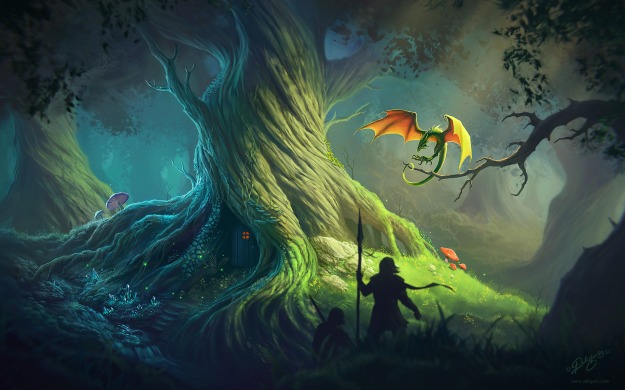 Maybe there was once a time when magic ruled the world
When wizards and witches cast their spells upon their watchers
Where dragons flew beyond the mountains and wild children lived in the forest
Giants and trolls and goblins inhabited the wilderness beyond the safety of town
And brace heroes marched out into the wild lands to defend our boundaries
But no longer, the dragons are gone, the giants of old are dead,
and the children of the forest forgotten
Lost to the fog of some long forgotten time
beyond the shade of our parents’ or our parents parents’ memory
The demons that once dwelled in the wilderness now have only our minds to haunt
And the devils live among us wearing our own skins
For in arming ourselves to conquer the dangerous world of monsters
We became that which we sought to banish, the reflection of our nightmares
For where else will the monster roar if not within the heart of man?