The Gift of Self Reference and Necessary Imaginative Constructs 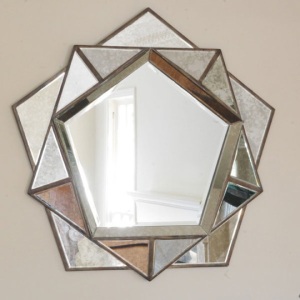 As I mentioned at the beginning of the post Metaphors of Reality we try to make sense of ourselves, the world and (at least for those who think in spiritual or religious terms) God. But one of the struggles we have is that we never have a ‘God’s eye’ view of reality and that our view is always provisional. Unlike in the gospel stories which sometimes have an all seeing narrator (who for example sees what is going on in the temptation of Jesus) we are limited to the things we have experienced through our senses, the creative leaps we have made through our imagination and the constructs we have learned from our conversations with others. We take all these pieces of reality as we perceive them and try to decode our world and experiences “by a highly imaginative, creative piece of guesswork. But we finish with something that is only a gigantic metaphor for that part of the universe which we are decoding.” (Bronowski 1978, 70) We attempt to make sense of things and we construct systems that seem to make sense of the world with some things we are fairly certain of, others less so, and some just our best guess at the time. Sometimes there are things we believe that we cannot prove, that doesn’t mean they are not true-just that they cannot be proved. That is the reality of living in which our perception and knowledge are incomplete and bound by constraints and self reference.

One of the vanities of the modern (note I am talking modern as a category, not necessarily in terms of recent) philosophy that emerged in the 18th century in the wake of the Enlightenment was that it believed that it could penetrate reality and get to absolute truth. That for example if you could peel away the encrusted layers of tradition you could actually get back to the real history of what happened-and while there were many useful insights gained from this dedicated effort to get back to the facts as well as the dialogues that came out of different interpretations of the same data, but we never are truly free of self reference. For a lot of people this is looked upon primarily as an issue to be apologized for, but I want to suggest this is one of the things that allow creativity to thrive. In contrast to a computer which understands its inputs in terms of its coding and programming that when it encounters a novel experience that doesn’t fit within the world of its programming either creates an error or the computer ignores the anomaly, humans are able to integrate experiences in creative ways into their worldview. We are not limited by one set of constructs which we make sense of the world; instead humans are constantly experiencing and growing in our interaction with others and the world around us.

We need the imaginative constructs, the language and systems and science we learn from others to make communication possible, so for example within linear mathematics we can feel confident that 1 + 1= 2, or that in speech the letter ‘c’ will make certain sounds, or that in the world of Newtonian physics every action will have an equal and opposite reaction. We need laws, theorems and systems to make sense of the world, but these laws, theorems and systems are not absolute because there are times when we will experience things that do not make sense within the constructs we may have accepted. As Bronowski alludes to when he states, “The fact that we are content, when running into this kind of difficult, to reanalyze the system, to seek a new consistent formulation, is terribly important.” (Bronowski 1978, 87)Without the ability to seek a better system that makes sense of ourselves and our world we would be limited in our understanding to the knowledge and systems that were handed on to us. The experience is always in reference to the self, it is using our senses and our intellect to interpret that experience within the memory of our previous experiences and knowledge, and yet because of this self reference we are able to challenge external references and experiences. We seek consistency, we want things to make sense, but the experience that does not make sense for many is actually an exciting process of discovery. Let’s say, for example, that we had received a way of evaluating others passed down from our parents that, “blondes have more fun.” So long as our experience of people having blonde hair being fun people to be around holds up we might assume this random piece of a world to be true. Yet, once we encounter a person who has blonde hair who is not fun to be around we have several options of how we might proceed: we might challenge the assumption (are blondes really more fun?), we might wonder if this person is an exception to the rule (and the ability for there to be exceptions is also an imaginative leap), we might wonder if blonde is really their natural color (providing we understand that people can change their hair color) but the reality is that we will attempt to make sense of a disparity we have encountered. This is the way for example that prejudices may change when a person has experiences that challenge that prejudice, or new scientific discoveries are made when data doesn’t fit the previously assumed construct, or a new challenge presents itself based on technologies not previously available. Our ability to take in new challenges and experiences and in light of our knowledge and memory to make sense of them in a new way, even if it is only a creative piece of guesswork, and then see if this piece of guesswork seems to hold true is a part of the experimentation that opens new horizons in the imagination.

Like Loading...
This entry was posted in Creativity Project, Psychology and Philosophy and tagged Discovery, Jacob Bronowski, philosophy, Science, Self-Reference. Bookmark the permalink.