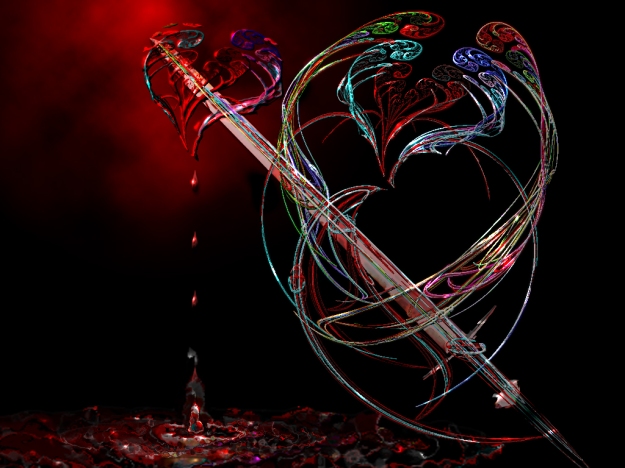 The word of the LORD came to me, saying: 2 Go and proclaim in the hearing of Jerusalem, Thus says the LORD:
I remember the devotion of your youth,
your love as a bride, how you followed me in the wilderness,
in a land not sown.
3 Israel was holy to the LORD,
the first fruits of his harvest.
All who ate of it were held guilty;
disaster came upon them,
says the LORD.
4 Hear the word of the LORD, O house of Jacob, and all the families of the house of Israel. 5 Thus says the LORD:
What wrong did your ancestors find in me
that they went far from me,
and went after worthless things, and became worthless themselves?
6 They did not say, “Where is the LORD
who brought us up from the land of Egypt,
who led us in the wilderness,
in a land of deserts and pits,
in a land of drought and deep darkness,
in a land that no one passes through,
where no one lives?”
7 I brought you into a plentiful land
to eat its fruits and its good things.
But when you entered you defiled my land,
and made my heritage an abomination.
8 The priests did not say, “Where is the LORD?”
Those who handle the law did not know me;
the rulers transgressed against me;
the prophets prophesied by Baal,
and went after things that do not profit.
9 Therefore once more I accuse you,
says the LORD,
and I accuse your children’s children.
10 Cross to the coasts of Cyprus and look,
send to Kedar and examine with care;
see if there has ever been such a thing.
11 Has a nation changed its gods,
even though they are no gods?
But my people have changed their glory
for something that does not profit.
12 Be appalled, O heavens, at this,
be shocked, be utterly desolate,
says the LORD,
13 for my people have committed two evils:
they have forsaken me,
the fountain of living water,
and dug out cisterns for themselves,
cracked cisterns
that can hold no water.
14 Is Israel a slave? Is he a homeborn servant?
Why then has he become plunder?
15 The lions have roared against him,
they have roared loudly.
They have made his land a waste;
his cities are in ruins, without inhabitant.
16 Moreover, the people of Memphis and Tahpanhes
have broken the crown of your head.
17 Have you not brought this upon yourself
by forsaking the LORD your God,
while he led you in the way?
18 What then do you gain by going to Egypt,
to drink the waters of the Nile?
Or what do you gain by going to Assyria,
to drink the waters of the Euphrates?
19 Your wickedness will punish you,
and your apostasies will convict you.
Know and see that it is evil and bitter
for you to forsake the LORD your God;
the fear of me is not in you,
says the Lord GOD of hosts.

Can it hurt to be God? For many people their image of God is shaped more by stoicism and philosophy than the picture of God we find in the Bible. This is not a new thing, it was a consequence of the church entering into the Greek speaking and thinking world right at the very beginning of its life where in Greek thought (where stoicism comes from) the ideal person (and thus God) is not swayed by emotions, but is instead logical and rational. God being the unmoved mover who created the world would not be motivated by pleasure, joy or even love and conversely would not get angry, hurt, wounded, or really feel much of anything. Ultimately this is the picture of an apathetic God (apathy is the opposite of pathos, the ability to suffer, a-pathos) but it in no way reflects the God we encounter anywhere in scriptures. I remember Duane Larson, who was president at Wartburg Theological Seminary while I was there, stating, “We have a pathetic God”, we have a God who can feel, who does suffer and so yes, it can hurt to be God. An openness to the pain of rejection and loss are the risks of love.
Now I also approach this from the perspective of having gone through a divorce, and so I hear very clearly in the midst of this the language of a heartbroken God trying to make sense of a relationship that is broken. “What did I do wrong? I gave you everything you asked for…I did this, I did that, look around, what makes you think this an acceptable way to treat your partner…” There is a romanticizing of the past, “I remember the devotion of your youth, your love as a bride, how you followed me in the wilderness…” Really, is this the same people who remember this journey in Exodus, Leviticus, Numbers and Deuteronomy…at least the way that memory is recorded they are hardly paragons of faithfulness and trust. It is like the person who exhibits all types of relational issues during dating and early in a marriage and then when the relationship is broken the other partner looks back and overlooks all those red flags and initially remembers that time better than what it was. God in effect says, “I provided for you, I protected you, I gave you the place you always wanted, what more could I give?” To quote Jeremiah “What wrong did your ancestors find in me that they went far from me?” (vs. 5). The priests, interpreters of the law and the prophets, those who are charged with honoring and pointing to this relationship have turned away as well. The honeymoon is over and the relationship is broken, distorted and in serious jeopardy. God is still reaching out, but Judah and Jerusalem are not.
God tells them go to the east (Kedar) and the west (Cyprus) and you won’t find others doing this, even when their partners aren’t able to give the things that God has given. They don’t change their gods, but Israel has. They have also looked to the powers of the day: Assyria and Egypt-they look at the power in the North and the power in the South and through playing politics they try to ensure their survival. In one sense it is a very rational move, to negotiate with the superpowers of the day who Judah finds itself geographically caught between. But they have put their trust in the way things are rather than the God who has made new things occur in the past.
Adam C. Welch makes the following suggestion:
There was no cause (for other nations) to forsake such gods, because It involved so little to follow them. …The iron core was that Israel could only have Yahweh of His own terms…Yahwism was no colorless faith which was simply the expression of the people’s pride in itself and its destiny. It laid a curb on men, it had a yoke and bonds. The bonds were those of love, but love’s bonds are the most enduring and the most exacting.
Israel’s central command from Deuteronomy 6:5 “You shall love the Lord your God with all your heart, and with all your soul, and with all your might”perhaps is the most difficult commandment to keep. (Breuggemann 1998, 36)

God’s vision of shalom (harmony and peace) and justice were much different from the world around the people of Judah, and so even though I can easily see myself in the shoes of the people who Jeremiah is addressing, I can also understand the brokenhearted God who longs for this people to return, to come home, to live in the covenant and blessing he desires for them. The road of reconciliation ahead, if it is to happen will be a difficult one, and it will require hard words to get past the devastated feelings. It will take the relationship, as it is, dying if there is to be a chance for rebirth. We will not get there quickly, there is hard work that is required by both partners, but God’s woundedness has left the door open.