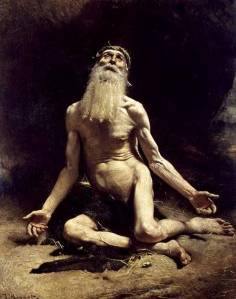 When Mordecai learned all that had been done, Mordecai tore his clothes and put on sackcloth and ashes, and went through the city, wailing with a loud and bitter cry; 2 he went up to the entrance of the king’s gate, for no one might enter the king’s gate clothed with sackcloth. 3 In every province, wherever the king’s command and his decree came, there was great mourning among the Jews, with fasting and weeping and lamenting, and most of them lay in sackcloth and ashes.

4 When Esther’s maids and her eunuchs came and told her, the queen was deeply distressed; she sent garments to clothe Mordecai, so that he might take off his sackcloth; but he would not accept them. 5 Then Esther called for Hathach, one of the king’s eunuchs, who had been appointed to attend her, and ordered him to go to Mordecai to learn what was happening and why. 6 Hathach went out to Mordecai in the open square of the city in front of the king’s gate, 7 and Mordecai told him all that had happened to him, and the exact sum of money that Haman had promised to pay into the king’s treasuries for the destruction of the Jews. 8 Mordecai also gave him a copy of the written decree issued in Susa for their destruction, that he might show it to Esther, explain it to her, and charge her to go to the king to make supplication to him and entreat him for her people.

Mordecai is powerless to change what Haman has done, he finds himself with few options other than mourning and waiting on the world to change. God’s action is never mentioned in the book of Esther, nor is the word God or prayer ever mentioned, but to the Hebrew mind God is at work behind and through the nations as well as the Jewish people and God can be swayed by mourning and repentance, for example the people of Ninevah in the book of Jonah who put on sackcloth and ashes and God changes God’s mind about the disaster God planned to bring on them. Here God is not the instigator of the coming disaster, and yet perhaps in the wailing, rending of clothes and wearing sack cloth and ashes God might hear the distress of his people and respond (although the action is focused on Mordecai, we also learn that many of the Jews are also mourning publicly).

We also get a window into boundaries that are set around people in society, no one can enter the king’s gate in sack cloth. Esther, though she is literally writhing inside (the word translated deeply distressed) can not or will not risk going out to Mordecai who was like a father to her, but rather tries to alleviate his pain and bring him (properly clothed and cleaned up) inside the palace. The entire conversation is strained because it is not direct, messages are relayed back and forth by Hathach. One of the interesting notes is that both Esther and Mordecai are apparently literate (which would not be the norm ) because Mordecai is able to pass on the written decree for her to read (or perhaps some scribe would read it for her-but she has been a queen for five years, perhaps she has been taught).
Esther has been the obedient one throughout the story, obedient to Mordecai, obedient to Hegai the king’s eunuch, obedient to the king and now she as a young woman is at a point where she will have to make choices that will impact both her and potentially her entire people.

Since the book of Esther is the book that is read during the book of Purim, it is helpful to know what Purim is all about. It began at sundown yesterday and so there have been a number of helpful articles in the past week.  I have linked to Eitan Press’ helpful article in the Huffington Post ‘Purim: How to Get Drunk on God’. Here is another from Deborah Rosenbloom also in the Huffington Post ‘Purim: A Tale of Women’s Empowerment’