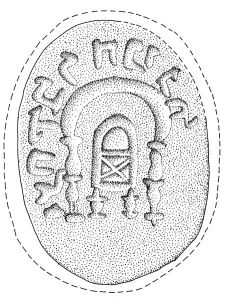 12 Then the king’s secretaries were summoned on the thirteenth day of the first month, and an edict, according to all that Haman commanded, was written to the king’s satraps and to the governors over all the provinces and to the officials of all the peoples, to every province in its own script and every people in its own language; it was written in the name of King Ahasuerus and sealed with the king’s ring. 13 Letters were sent by couriers to all the king’s provinces, giving orders to destroy, to kill, and to annihilate all Jews, young and old, women and children, in one day, the thirteenth day of the twelfth month, which is the month of Adar, and to plunder their goods. 14 A copy of the document was to be issued as a decree in every province by proclamation, calling on all the peoples to be ready for that day. 15 The couriers went quickly by order of the king, and the decree was issued in the citadel of Susa. The king and Haman sat down to drink; but the city of Susa was thrown into confusion.

Genocide does not happen without collusion. The letters and orders can be given, but if nobody carries them out they are merely words on paper. The danger is that oftentimes people are all too willing to participate in the elimination of another people. A people may be scapegoated as the cause of every problem and demonized to be something less than human. People may hide behind the desire to ‘follow orders’ and yet without people following the order to kill and plunder, it does not happen. Haman and the king sit down to drink while the city that surrounds them is confused, “what’s going on, why the Jewish people?” The advisors may know, but most people appear to be caught off guard. Certainly some will pounce on the opportunity to destroy, kill and annihilate men, women and children and plunder their goods, others will merely stand aside, others may attempt to stand with the Jewish people, but the die is cast, the plan is set in motion, the danger is real. Genocide is set in motion by the hatred of one man, but will need the collusion (both of those who actively participate and who passively do not oppose)of many others to actually occur.

Somebody will need to do something to deliver the Jewish people, the exiles and wanderers in the midst of the empire of the day. Even in the midst of their assimilation they are singled out for extermination. The story is at its turning point, and the lives of the people will rely on the actions of a young queen and her uncle Mordecai.

This reminds me of Martin Niemőller’s quote from World War II Germany:

First they came for the Socialists, and I did not speak out–
Because I was not a Socialist.

Then they came for the Jews, and I did not speak out–
Because I was not a Jew.

Then they came for me–and there was no one left to speak for me.

This from a man who was an outspoken critic of Adolf Hitler and Nazi Germany, who would spend seven years in a concentration camps but would still feel years later in 1964:

“Thus, whenever I chance to meet a Jew known to me before, then, as a Christian, I cannot but tell him: ‘Dear Friend, I stand in front of you, but we can not get together, for there is guilt between us. I have sinned and my people has sinned against thy people and against thyself

The quotes come from the website of the U.S. Holocaust Memorial Museum: