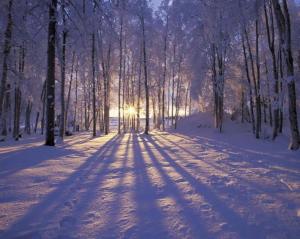 I am restarting my efforts, and so I’ve redone the look of the blog and I’m going to go in a new direction, at least for a while. I really enjoyed some of the historical work I did in many of my previous posts, as well as the work with Brené Brown’s work on vulnerability, but ultimately I reached a block…for the Place of Authority work the next logical step would be to look at the rise of Islam in the 600s, but that and the period that follows are areas that I need to do more reading in before I feel adequate to give a post that I feel could be fair. I still think it is important work and perhaps I’ll return to it but for now I need to start writing again.

Going forward I plan on working on a couple different things: much of my writing lately has been working with scriptural texts and trying to bring together a sense of the world of the text and our modern world. Blogging allows me to combine some of these things with my fascination with art and so my goal is to do two chapters a week over several posts and then supplement these with posts of other short topics and ideas that come to me as I read, listen and live. I may integrate some of the ideas I glean from fiction, things like TED talks, reading from other sources or reflection on some of the experiences I’ve had. In all of this I don’t claim to be the expert, but rather one person trying to engage my faith and the world in which I live. The scriptural work is not intended to be a running commentary, although it will have some elements that a commentary would and I will be engaging other’s work as I read, but rather it is more a meditation. I also may include sermons for the times when I do preach, but I am attempting to do this as a learning tool for me, not as some hard fast rule that I feel guilty for breaking. As a full time pastor and a single dad, my time is not always my own, so if I don’t maintain the pace I intend, I hope that I can come back to this and extend myself a little grace.

Before I started again I wanted to make sure I had some work ready to go, for times when I might fall behind, so as a preview we will start with some of the lesser encountered parts of scripture: first up will be the book of Haggai, one of the post-exilic prophets, then Esther a story set in the Jewish diaspora of the post-exilic time (if you didn’t understand post-exilic and diaspora don’t despair, I will explain that in each of those words and more as we engage the writings) and then the major prophet Jeremiah. I’ve got a fair amount done in each of the three, and how I did it evolved but rather than go back and rewrite Haggai or some of the early Jeremiah work I am simply going to allow it to show its evolution as I go.

If you have followed me before and waited for me to post since November, I hope you enjoy this. If you are encountering this for the first time welcome.