Climbing Out of the Rabbit Hole: Walking Away from Post-Modernity 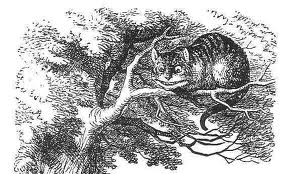 I’ve probably been spending too much time with philosophy lately, and I know that many people don’t ask the same type of questions that I do, but I am curious-I like a good challenge. I am willing to take an intellectual journey intentionally wrestling with some of the deep questions that are asked by philosophers and historians and artists, but I’m also willing to, after taking seriously what they have to say, walk away unconvinced and disappointed that good questions often can lead to answers that are indeed poor and shallow. I was first made aware of post-modern thought around the turn of the millennia when I began studying at seminary, and I guess that it would be hard to study any liberal arts discipline without being exposed in significant, if not always obvious, ways to the questions of postmodern philosophy, and while I am thankful for many of the perspectives that these questions exposed me to, it is time to climb out of the rabbit hole and to begin to reconstruct a different way of looking at the world.

I am taking the climbing out of the rabbit hole comment from a series of movies that was quite intentionally shaped by a postmodern viewpoint, The Matrix.(The link will take you to one of the more famous and most representative scenes of the movie) If one can get past the huge amount of violence that is present in all three of the films they ask some very deep philosophical questions about the nature of knowledge, of truth, of authority and power, of free will and volition and in almost parabolic form the main character Neo become the one, a Christ-type figure that liberates a portion of humanity to their enslavement to a system of illusion and lies, but the reality that he has to offer is a brutal, ugly and equally ambiguous one…it may be the truth (or at least closer to it) but it is an uncomfortable one.

So first, what is this postmodernism I am talking about walking away from? It is a reaction to the optimistic worldview that eventually we would be able to fix all of our problems through science, society, technology and information. In the words of Morpheus from the video above they became aware that “there is something wrong with the world…like a splinter in their mind driving them mad.” Not a unified group, they began to question the progressive hope that humanity could and would continue to get better and better off, because despite the privileged status of many of the early postmodern thinkers and artists (most of these were members of the academic and artistic portions of society in the 1950s and later)they viewed the world critically and often felt betrayed by this optimistic worldview. Instead they viewed art, language, society, history, science and technology all serving the political ends of those in power, while those without power were victims of progress. Postmodern thought is certain in its uncertainty, in an information society it views most information needing to be distrusted because it is merely  being utilized to create a narrative to benefit those in power, and in reality taken to extremes it borders on paranoia. For a postmodern person all meta-narratives (the big stories that help us make sense of our lives-whether Christianity or national identity or history) lost their authority and that truth, at least a universal truth, is impossible and some manner of relativism is what we are left with. Truth instead of being something that is true for everyone is instead dependent on one’s standpoint (i.e. am I viewing this question as a woman, as Hispanic, as poor, as an immigrant, as a person in the third world, etc.) and even language itself is a cultural construct.  Ultimately we live in our constructions of reality, our world and our truth revolve around us. Everything from art and literature to science and technology became subject to an endless set of qualifications and limitations. If you go down the rabbit hole very far it can become very disabling, it is a type of cynicism that makes you question every foundation that you try to place something upon, it allows a person to be a great critic but denies the narratives and structure in which to create. Honestly, most postmodern artwork is ugly, much of its thought is highly depressing and in its quest to liberate people intellectually it managed to take away their tools to bring together people for societal change.

Many of the questions that postmodern thinkers asked needed to be asked, but it is one thing to be a critic and another to be a constructive critic which helps frame a way forward. The hermeneutic of suspicion, where everything is viewed with a sense that it might not be trustworthy, cannot be the system any sane person lives their lives out of. We need narratives, big stories that help us make sense of ourselves and our world. Do those narratives need to be trustworthy, absolutely and in particular some of the feminist and post-colonial critiques of biblical studies, theology and politics have helped me re-evaluate my own approach to these narratives, but I am also unwilling to collapse into a relativism that has no sense of truth that is universal. We need history and art and beauty, and perhaps a pre-modern sense of wonder and mystery. The world needs truth more than it needs facts and data, it needs a set of inter-related stories to help us make the tough ethical and economic decisions that we as individuals and society have to navigate. We need big stories of who we are as people, our past and our present and our hopes for the future as we engage in difficult decisions related to war and peace, crime and punishment, medical care and technological innovation as well as our everyday relationships with one another. So in my own way this is a walking away,a climbing out of the rabbit hole if you will, not unchanged by the experience and the questions, but rather in a sense that it is time to grow up, to put childish things aside, to realize that even in its imperfections that the we all need stories to make sense of our lives and that my story and the stories of those around me have more in common than I had been led to believe.

This entry was posted in Psychology and Philosophy and tagged authority, narrative, post-modernity, The Matrix, truth. Bookmark the permalink.

1 Response to Climbing Out of the Rabbit Hole: Walking Away from Post-Modernity